Always wanted to do one of these!
This takes place in North America, during the Territary era. During this time, there was a war of the predators in North America. The hyenadon, intellidon, terror birds, saber toothed cats and dire wolves all colided into a race to become the top predator. Because everyone knows there can't be 5 apex predators. The landscape is grasslands, with sparse forests.

Watching a show called Prehistoric Predators, which specializes in this time era, may help. You can find it on Netflix.

. I'm a dino freak, not The Age of Mammals freak. All I know is the Miocene was when the dire wolf, terror bird, and saber toothed cat lived.
Vegan: The other white meat.
Top

Those were around in the Tertiary!
Please join my Okavango Delta RP!
Top

Sorry, I can't watch Prehistoric Predatos, so this might be inaccurate... Feel free to not accept me if you think it's too inaccurate.
Name: Runningwind
Gender: Female
Species: Smilodon
Personality: Runningwind is gentle, even though she's a Smilodon. She prefers to scavenge than hunt.
Family: Most of them are dead from old age, but her now-grown-up-cubs-so-they-don't-live-with-her are Fang, Sandstorm and Claw.
Pic: http://www.cats.alpha.pl/wildcats/pictures/smilodon.jpg
Mind if I add this in?
Other: Runningwind no longer lives up to her name, since she is blind and quite old now. That means she can't run properly.
Your neighbourhood moderator.
Feel free to PM me if you have any questions or just want to chat. c: 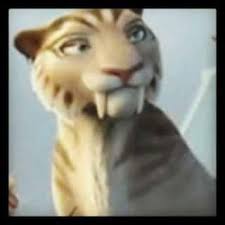 Both accepted! Foxesrule, because your character is so old I'll let her be a scavenger. And Natureheart, you can make a form if you want, I dont care.
Vegan: The other white meat.
Top

Grep was already up when the sun rose. She surveyed the grasslands from her tall perspective. No danger, safe to take the chicks to another part of the territory. She clacked her beak together, making a loud, hallow noise that warned anyone nearby. She then herded the young chicks out of their temporarily nest.
Vegan: The other white meat.
Top

Kuda was laying down with her cubs as the sun rose signaling dawn. She nuzzled them and decided to wake them up when the sky is a blue yellow. She lay her head down and watched the sun rise from her den.
☼ Cheer up! ☼

Name: Soro
Gender: Male
Species: Wooly Mammoth
Personality: Like a normal mammoth, alone, territorial to his immediate area, but kind nontheless.
Family: None that he knows of, whether it be calves or other family relations.
Pic: 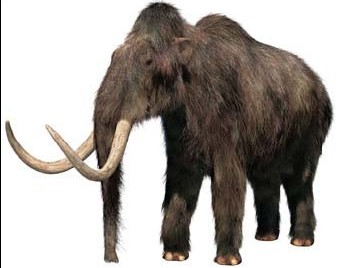 (His tusks, however, have more of a curve upwards and almost point back at him.)
Top

Soro let out a bellow as he pushed yet another tree out of his way. Five trees he had knocked down because the forest had gotten to thick for him to pass through without his knocking them down, a small path he had made so that he could get through with breaking just some branches. At last he made it to the plains, where mammoths, both herds of females and young and males were grazing on the grasses, along side the other herbivores.

(Is smilodon still thought to live in packs? Just wanted to know)
Top

(I don't think so. Not exactly sure to be honest.In this rp, lets say they aren't.)
Grep was getting hungry. So were her chicks. She went into a clump of tall grass and got low to the ground. Terror birds were adaptable, and smart, predators. She could ambush prey like a smilodon, she could chase prey like a dire wolf, and could steal prey like a intellidon. If she encountered something like a turtle, she would be the first to crack it. If prey got too fast, she could figure out a new style of hunting. Terror birds were great predators. Using her keen eyesight, she spotted some primitive horses coming towards her.
Vegan: The other white meat.
Top

Soro smelled a predator, not a threat to him, it was only a terror bird, but he liked torturing predators. He trumpeted a loud warning and the mammoth mothers formed circles around their young, the males look around for the predator, and anything else, like the megaloceros or primitive horses, were quick to flee.
Top
Post Reply
215 posts