NatureHeart wrote:I am waiting for Mook to post, so he/she (I don 't know! Dx) doesn't have a bunch of catching up to do. ))

(Yeah. According to his/her profile, Mook hasn't been on in a few days. Hopefully they'll come on soon.)

Lol, why is that an oops?

And yeah.. I really hope so. I will give him/her until tuesday. Then I will start role playing again.))
☼ Cheer up! ☼

Mind if I join?

Username: WesternWolfWarrior
Name: Chayton
*Nicknames:
Gender: Male
Age: 4 years
Rank: Hunter
Description: Chayton is a brown wolf with dark brown/black patches on his back, a black tail, and a white underside. He has yellow-green eyes.
*Picture:

(picture was not taken by me.)
Personality: He can be bad-tempered, especially when hungry, cold or just plain uncomfortable. He's usually quite serious and aloof but will do anything to protect his packmates.
*History:
*Other:
Last edited by WesternWolfWarrior on Sun Jun 23, 2013 11:45 am, edited 1 time in total.
I'll mostly be playing as a Fox in this game. If I die, I'll reincarnate into just about anything XD

(Hey Nature? Could you add this onto my pups(Daisy) form?: 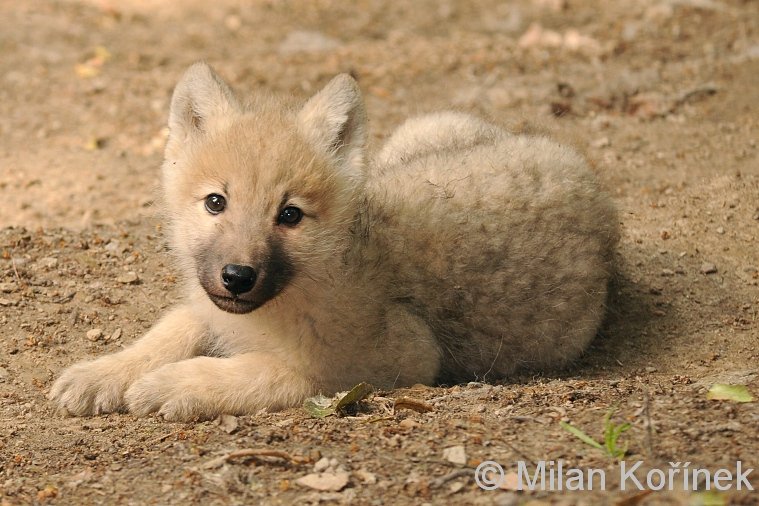 EDIT: I was able to find one that looked like her... Hope it's not too big! I edited my orignal post so that huge one is gone. O_O I hope that one is small enough though. If not, just tell me, :3)
Icon = Fluttershy = not mine.
Top

I added your form Warrior, and I added the picture for daisy!))
☼ Cheer up! ☼

...
So... I guess we wait for Mook now. I wonder where he/she went.
I'll mostly be playing as a Fox in this game. If I die, I'll reincarnate into just about anything XD

Well, it's Thursday. I couldn't post Tuesday because I was grounded. -.- Oh well. Tuesday is over and Thursday is here. Time to post..

Oh, and I know all the wolves in the pack hunt, but in the future, the wolves have evolved to teach some pups how to hunt with professional hunters. Eventually, the rank hunter formed for all the hunters in a higher level of hunting. )

Marco took a few steps forward and continued to pursue the scent floating through the frosty spring air. Wait, he has smelled that before. The male cringed as he had tried to remember that scent. It was, close. Close could be good, or horribly bad. Close could mean predator, or prey. Prey was food. Food fought back the stomach pains and helped ensure a healthy life. Predator was a threat to his pack. It could rip through and devour the flesh of his pack mates. A loss of pack mates would result in loss of the pack, which may rise up the thought of wolves going extinct. That was not good. The alpha male advanced another step, then took a deep breath in. He couldn't figure it out.
"Do you think we should check it out?" he asked his pack mates.
☼ Cheer up! ☼

Myah replied to Mark with a slow nod, if it was a predator, it could easily kill one of them, as they hadn't had food in days and were weak. But if it was prey, it could give them a chance to survive and hopefully the pups in the coming seasons.. Myah cringed at the thought of another pack member dying... Finally she was able to manage a few words, "Yes. I believe we should." she said with a swish of her tail.

Suddenly a small pup came bounding from the inside of the den, it was Daisy, she was the only pup that survived the winter, and it was a mystery how she came this far. But she had one thing on her mind... hunting. She had overheard the adults talking about it, and naturally wanted to be in the conversation, "What are we gonna hunt?! A giant mouse?! I'm good at hunting mice, I've been practicing!" Daisy said excitedly. She then started to run around pressing her soft wet nose into everyones fur, finally she got the burst of energy out and sat down, "What are we going to hunt?" She questioned, with a tilt of the head.

Mark Mark stopped sniffing the air and turned to to the pup. It warmed his heart to see someone as enthusiastic as Daisy. She made it through the winter, and she was a blessing to the pack. The alpha male smiled at the energetic pup. She was a very intelligent pup, but her imagination could run wild sometimes. A giant mouse? Really? What the heck. She was a pup! Pups are gonna do what pups are gonna do.
"What are we gonna hunt today?" the survivor asked. She seemed so angelic and excited. He didn't want to tell her she had to stay. Wait. Who was going to watch her? Great. Now one of the pack had to stay. Unless... Nah.. Well.. She has to learn sometime.
Mark leaned over to Myah and whispered in her ear, "Who's going to watch her?" He was a little worried, being one more wolf had to be lost during the hunt. Was he even going to ask? His mind raced. He didn't want to look stupid, but doing something good for the pack would give him a good name. Okay, fine. Stupid or genius, he was going to ask. It was for the packs own good anyway. Having an extra paw around was good. Of course, not Daisy's. But, what if something happened to the pup? Then we would be down a member, instead of food. Ah, whatever. He'd see what Myah said.
"Unless," he gave a new option, "we bring her along.."
☼ Cheer up! ☼

Myah watched the pup play and smiled, but then Mark leaned closer and whispered in her ear. A look of shock and confusion ran over her face, who was going to watch Daisy? Myah flattened her ears nervously, "I don't know..." She whispered back, and then Mark provided a new option, for Daisy to come along. She looked at Mark and then at Daisy, surely Daisy would be strong enough to hunt with them...Right? She survived the winter, so she must be strong enough. Myah finally whispered into Marks ear once again, "She will come with us then. She was the strongest of her litter, if she wasn't she wouldn't of survived." Myah still had a look of worry on her face, but she wouldn't let anything happen to Daisy- ever.

While the adults were talking, Daisy was in her own world. She was running around pretending she was leader of a pack. After a few minutes she sat down next to the den and lifted her head as far as it would go and let out a loud howl, it was kind of squeaky because she was still a pup, but it caused Myah to walk over to her, and then she started howling as well with Daisy.
Icon = Fluttershy = not mine.
Top


Chayton followed the sound of the Alpha's howl and trotted down to meet with his packmates. He lowered his tail as a sign of submission as he greeted the Alphas and Beta. They were talking about a strange scent that Mark had discovered. Chayton sat down and sniffed the air. As a hunter, he was taught to recognize the scent of every animal they could. He inhaled the scent. It was a large animal with a strong scent, but Chayton couldn't figure out the scent either. At least not precisely. It could be a moose or a bear, but maybe he was mistaken. After living off mice and rabbits the whole winter, his smelling skills were a little rusty.
His thoughts were interrupted by a small pup bounding playfully out of the den. It was Daisy, the only pup to survive the winter. She seemed excited about the hunt. Who would be the one to tell her she couldn't come? Chayton pricked his ears at the sound of the Alpha female when she said Daisy should come on the hunt. That didn't sound like a good idea to him. He turned to Mark and asked him, "Are you sure we should bring her, Alpha? She's so young and small...", then was cut off by the sound of Daisy's excited howls and soon, Myah joined in. Chayton turned his attention back to the Alpha male and gave him a puzzled look.
I'll mostly be playing as a Fox in this game. If I die, I'll reincarnate into just about anything XD

Mark was still hesitant about the pup following them on a hunt. She was so small. Surely, if the sent was a bear or a lone wolf, she would be gone. Myah had traded an answer for his question, and that answer was one he didn't expect. How could Myah say that? He didn't see it her to risk a pup for food, but risking a whole pack for a pup? Mark sighed heavily, then turned to Myah. He opened his mouth to speak, but was cut off by Chayton.
"Are you sure we should bring her, Alpha? She is so young and small.."
"No Chayton, I'm not sure.." he whispered, barely loud enough for the three of the others to hear. "I actually kind of regret saying that..."
He looked to his paws. They were snowy, frozen, and cold. He was surprised they didn't fall off that winter, after the frost chewed viciously at his toes. His eyes showed worry, and his smile had disappeared long ago. Every time he exhaled, choices came and went. What to do. How to do it. What hunting strategy to use. How would they deal with Daisy. What would the wolves do if Daisy was hurt. What they would say. What would happen.
Mark stared at Daisy, head lower than usual. She was having lots of fun, squealing her squeaky excuse for a howl. Would she scare away the prey? Aha! An excuse to let her stay!
"Wait," he turned back to the back. "What if she spooks the prey? Then we will go without. We have to have someone watch her."
☼ Cheer up! ☼

Myah walked back to the adults and heard "What if she spooks the prey?" Myah looked at Mark, then she whispered, "Sorry, that was foolish of me... It's hard to think when your hungry...I don't want anything to happen to Daisy- Mark, that would be a good excuse but... Who will tell her? And who would stay? I'll stay with her if I absolutely have to." This was an odd thing for her to say, as she usually went on hunts, because she was the Alpha female. She sat down and waited for either Mark or Chayton to reply, occasionally peeking over her shoulder to check on Daisy.

Daisy was still running around, playing with sticks, pretending they were live prey, and then she looked up from her sticks and at the adults and their faces of worry, she trotted up to them, "Whats wrong? Are you sad?" She asked with a tilted head, she didn't know what the adults were talking about, nor that she wasn't going to come on the hunt.
Icon = Fluttershy = not mine.
Top
Post Reply
40 posts