These are just a few tips for all those hardcore players to rack up all those points! Or, maybe you came here to see my revenge tips...heheheh.

Need more points? Well, this is the place.

If you are a female...constantly breeding is a good way of getting points! Any female animal that doesn't have to build a nest can do this, but if you are an advanced animal that needs alphas (such as wolves) to mate, this is probably not a good strategy. Breeding with a high-ranking and/or high-combat male won't matter in this case. In this method, you're mainly on your own, unless you can get some friends to help you, but I've been able to do this on my own, so maybe you will be able to, too! First, you probably wouldn't want your mate in the same place you'll raise your babies. Your mate might kill your second litter of babies if your babies are still babies when you lay your eggs. So, I suggest you take your mate to a fake den or leave the World to a World you prefer. Join the a server and wait until the breeding season. Then mate and, you can either stay at that World or join a World you'd prefer. Maybe where your friends are staying? Well, that World will be were you will raise your chicks. I will call this the "Home World." Then, just raise your chicks! When it gets near the end of the season you currently are in, go to the World that is in your breeding season. If you go near the very end, you should be able to mate quickly and go back to your child(ren)! Don't worry about leaving your child(ren) to go mate again. Unless there is an evil player around, it's unlikely something would kill your child(ren) while you are gone. Return to your Home World and stay to raise your child(ren) to adulthood. By the time you lay your eggs or by the time the eggs hatch, or by the time you give birth, your child(ren) probably should have grown up or be close to. Final step: Repeat!

If you are a male...multimating is a good way of getting points! Any male animal can do this, but it would be much easier for male animals that don't have to build
nests. This is a quicker but harder way of getting points than the constantly-breeding-method. Of course, some male animals needs high dominance, at least half, or for some advanced animals, top dominance. You should probably work that out first if you have to. When your mating season comes, mate with as many females of your species as you can! Mate with them separately, or this might cause problems. Mate with a female, stick her in a den, and repeat. If you mate with them all at once and take them to one den, the mothers might kill each other and/or their babies, and there may be a bit of a food shortage (Believe me, this happened to me.) Anyway, check up on your mates. Grab food, stick it in a den, repeat, until the children grow. This is simpler to explain, but harder to actually do. You don't really get breaks and constantly have to run from one den to another. You probably have to remember the dens you stick your females in, and remember which dens you provided with food and which you did not. And don't die or leave the World you are in before your babies are born, or all the females you mated with will lose their babies! (This has also happened to me before.)

Babies dying of hunger? Well, this is the place.

Regurgitate Method - Obviously, this is only for animals that can regurgitate. First of all, fill your hunger bar, and grab something you can eat (ex: corpse piece, or maybe seeds/berries for foxes.) Return to your child(ren) and press the regurgitate button (the wolf throwing up button, which can be found by clicking your character) three times. Walk one step away from your child(ren), drop your food item, and eat it. Return to the square where your child(ren) is, and click the regurgitate button again. You can also eat one of the food you threw up for your children, but that would give you 11 uses of food instead of 12. Each of the food you throw up is worth about 3 pieces of meat, and if you throw up 4 times, this would be worth about 12 pieces of meat in total. Finally, repeat.

Baby-Hunting Method - It's suggested you hunt NPC babies, because people are smarter than NPCs, obviously. And, real people are actually smart enough to consider revenge if they don't kill you normally. (See: Revenge Methods.) You should probably hunt babies of your own kind, but, if you are a King snake for example, you would be able to hunt mice, geckos, rabbits...etc. You don't really need that much combat; some of the NPCs are incredibly weak or stupid. Barge into a home located with the babies you want to hunt. Don't even stop; keep on going forward. You will instantly pass the parent(s) without them touching you. Grab the baby you would want to steal, or in a King snake's case, constrict them. If you are a flying animal, once you are back up flying, drop them. It should be an insta-kill for babies. For the King snake, all you have to do is wait for them to turn into a corpse once you constricted them. If you aim for your kind or weaker kinds, you shouldn't get a one-hit-kill, unless you are for example a baby condor trying to grab an adult condor's child. If you don't have corpses near your home you should definitely use this method.

Expired Meat Method - Most players already know this method, but I'm putting this on for the sake of the newbies. Basically, go up a corpse, grab a piece of meat, drop the piece, eat, and done! The piece isn't expired so you can eat it.

Have that someone you want to get back? Well, this is the place.

Phantom Baby-Hunter... - Ah. I haven't seen others use this method. Anyway, this is only possible if the person you would like to get revenge on allows players to play as their babies. Also, you have to be dead to do this. And finally, you have to have as much points to be the animal your enemy is. First, I would like to tell a story to warn you not to chase off my mate or kill my babies. If you don't want to read it, skip the red font. Well, I was playing with my friend Majenta. He barged into my home and, without my permission, lived in it. It was too late for me to change dens because I didn't have time to rebuild the nest, so... Just remember, it was a bad idea to live with a King snake on my part. Maybe if I didn't switch to a rabbit this wouldn't have happened...but anyway, he led his mate in. His mate had his children before mine, and chased off my mate. She gave birth to about 6 or 7 children in water. There was only one survivor. I told him to chase off his mate, and let me kill at least one of his children. He said no and killed me and my only child. After that, I incarnated as each of the children his mate gave birth to. I escaped the den and made them all suicide. (I tried to kill one of them with a bobcat but it ran away. And I was just a snake baby. LOL!) Instead of letting me kill one of his children, I killed all of them. Good going, dude. In the end, we made up, and that is how I thought of this method. Your enemy had children, killed/chased off your mate, and/or killed your children. What are you going to do? Kill their children. You try to reason with them, and they kill you. What are you going to do? Incarnate and make their children all DIE. Once you are dead, go to your enemy's den where his children are. If they aren't born yet, wait until then. Once they are born, incarnate as one (Click the baby you would like to incarnate as. There should be an incarnate button somewhere down the list.) You can either kill each of the babies as one of their babies (I do not suggest), or keep on making them suicide. The animals I suggest you to go to are bears, elks, goats, and buffalo. Any other animal may be fine, as long as they aren't prey to the animal you are. Keep on attacking them until they kill you. Repeat for every child left.

Aviator Avenger - Oh, this is probably the most annoying way for your enemies, as long as they are ground animals. Don't use this against stronger birds! Also, you have to be a bird. And finally, you should probably be at full combat. Once you are a bird, find your prey. Quickly attack, and press one of the arrow buttons to escape faster. Real players can't respond quickly enough to attack you back, unless they knew you would attack. This is why I suggest you be a hawk or condor. And that is basically it. Your enemy may escape, but it is most likely to a big hole that you can also fit in. Then you could attack again, but this time they have more of a chance of attacking back. Or maybe you can lock them in there? They would probably die of thirst/hunger. The only disadvantages of this is you losing thirst/hunger and if you lose too much energy, they may escape in time.

Hope you enjoyed these tips! If you would like to know, my WEO user is CapriLeo!
Don't hide your face with a mask, open to others!

or maybe not.
Top 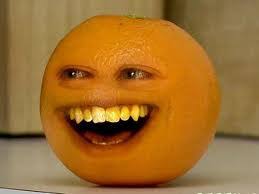